Tom Taylor, owner/instructor has over 30 years experience with all types of firearms and has been a Certified Law Enforcement Instructor since 1994. He has over 23 years working and training in firearms for Federal, State, and Local Law Enforcement, as well as foreign Military.

Tom has been with Law Enforcement Special Operations since 1994. Currently he is a team member in which his duties include sniper, advanced fire arms instructor, and entry team member. He is an instructor of numerous training courses such as Precision Rifle, CQB Pistol, Shot Gun, Sub Gun, Select and Semi-Automatic Rifle. Tom has been an accomplished competitive shooter since 1980. He started out his competitive shooting in IHMSA. International Class. Then moving on to IDPA as a Master Class Shooter also shooting in many tactical three gun matches along the way. 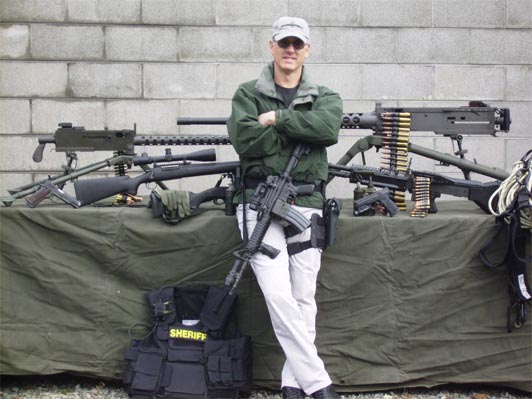 “Tom Taylor has been a friend of mine for many years. I have shot and trained at his range many times; his recent upgrade is most impressive and his shoot house in particular is better than many of the LE and Military customers I have trained possess. I can recommend Tom and Ohio Valley Tactical as he is an outstanding American who fully supports the Right to Keep and Bear Arms as well as Law Enforcement and the Military.”